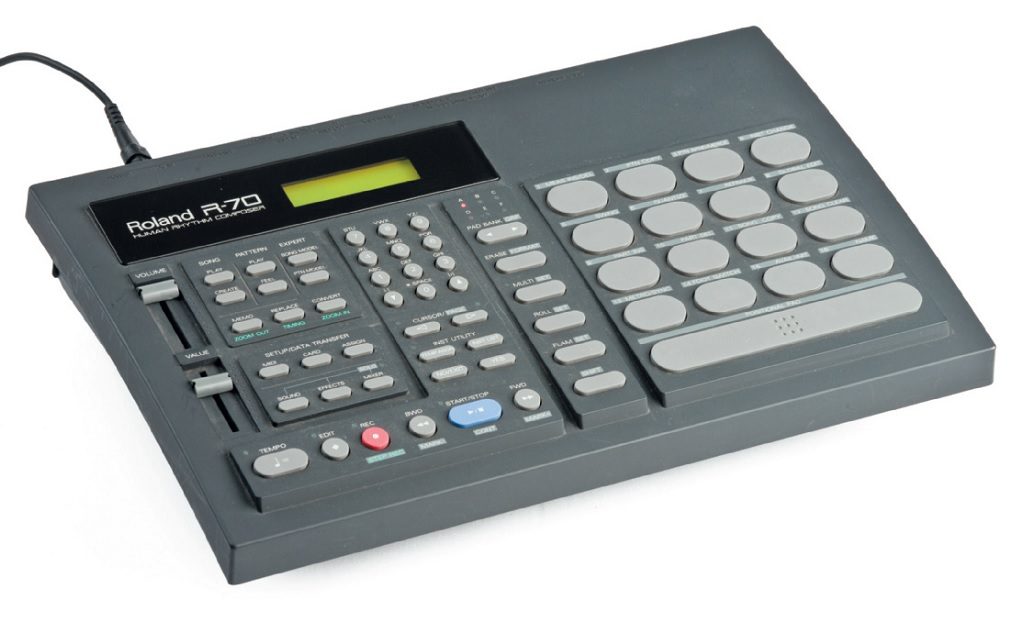 First of all, it's old. Released in 1992 and it sounds like that. Purely digital, all sounds are just samples and there are many of them, 210 in total. Most are a bit meh, but some are exciting and exotic (it has timbales, shaker, cabasa, pandiero, surdo, agogos, chekere, triangle, guiro and cuica), it can even make funky bass lines.

Sounds may be cheesy on their own, all 28 kick drums, 45 snares and 36 toms of them, but I like to spice up my 4/4 kick by adding a low volume snare and a zap to it (ie. playing a kick, snare and zap at the same time). Nobody wants to sound like Nine Inch Nails, Ministry and Pet Shop Boys too much.

Programming it seems daunting at first, but once you get to know it, you will get intimate and it will feel like steaming hot gay techno sex.

Mine has a flat battery, so i never bothered to learn the structuring of songs on it, but i suppose it's simple enough. I didn't learn how to set up the MIDI either, so i usually place this one as first in a MIDI chain. 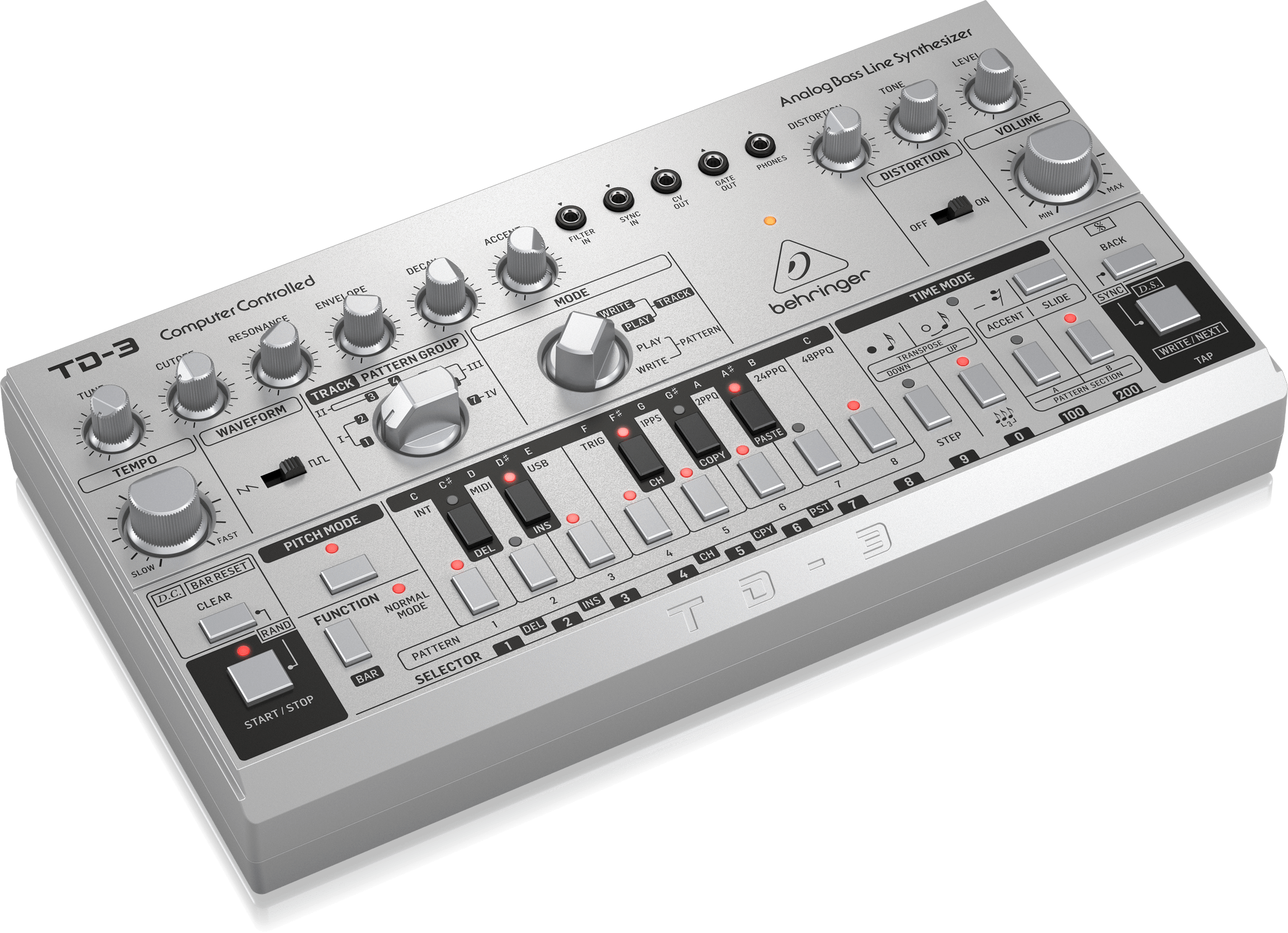 The Behringer TD-3 is a clone of the Roland TB-303 Bass Line. It's pretty fun with all it's squelch and shit; good for instant ACID TECHNO.... but it's a load of crap!

Really, programming it is such a fucking drag and it's really just a one-trick pony. The original was a big flop when it came out and i completely understand why.

I'd like to get my hands on the TD-3 MO (modded out) version, just to see if it's any better (more knobs, more fun, no?), although i highly doubt it. Maybe having one modulating the other could be interesting? I think i will look for one on eBay in a couple of years.